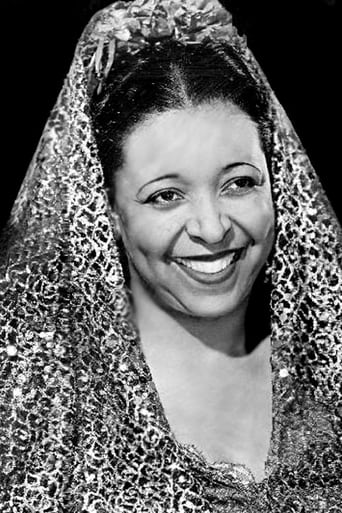 From Wikipedia, the free encyclopedia. Ethel Waters (October 31, 1896 – September 1, 1977) was an American blues, jazz and gospel vocalist and actress. She frequently performed jazz, big band, and pop music, on the Broadway stage and in concerts, although she began her career in the 1920s singing blues. Her best-known recordings includes, "Dinah", "Birmingham Bertha", "Stormy Weather" "Hottentot Potentate", and "Cabin in the Sky", as well as her version of the spiritual, "His Eye Is on the Sparrow". Waters was the second African American to be nominated for an Academy Award. Description above from the Wikipedia article Ethel Waters, licensed under CC-BY-SA, full list of contributors on Wikipedia.