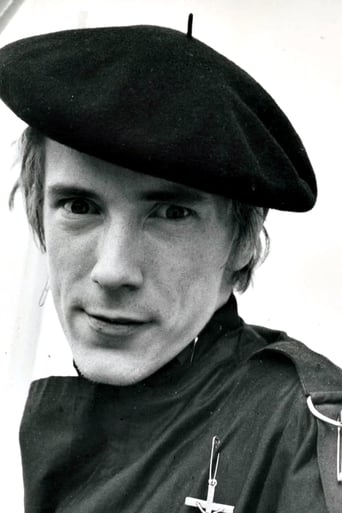 John Joseph Lydon (born 31 January 1956), also known by his stage name Johnny Rotten, is an English singer, songwriter and musician. He is best known as the lead singer of the late-1970s British punk band the Sex Pistols, which lasted from 1975 until 1978, and again for various revivals during the 1990s and 2000s. He is also the lead singer of post-punk band Public Image Ltd (PiL), which he founded and fronted from 1978 until 1993, and again since 2009. Lydon's outspoken persona, rebellious image and fashion style led to his being asked to become the singer of the Sex Pistols by their manager, Malcolm McLaren. With the Sex Pistols, he penned singles including "Anarchy in the U.K.," "God Save the Queen", "Pretty Vacant" and "Holidays in the Sun", the content of which precipitated what one commentator described as the "last and greatest outbreak of pop-based moral pandemonium" in Britain. The band scandalised much of the media, and Lydon was seen as a figurehead of the burgeoning punk movement. Because of their controversial lyrics and disrepute at the time, they are regarded as one of the most influential acts in the history of popular music. [source: Wikipedia]