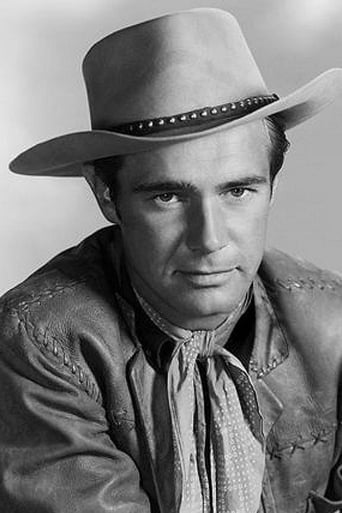 From Wikipedia, the free encyclopedia. John Rollin Lupton (August 23, 1928 - November 3, 1993) was an American film and television actor. Upon graduation from New York's American Academy of Dramatic Arts, Lupton secured immediate stage work. Then he was signed as a contract player at MGM in Hollywood. Lupton was lanky and handsome like James Stewart or Henry Fonda, but never achieved similar fame. In the 1954-1955 television season, Lupton appeared in several episodes as a college student in the CBS sitcom, The Halls of Ivy. In 1957, he was cast in the ABC western series, Broken Arrow, which ran for two seasons. In feature films he is primarily remembered for his role as "Sister Mary" in Battle Cry and Jesse James Meets Frankenstein's Daughter. Lupton also co-starred in 1956 with Fess Parker in Disney's The Great Locomotive Chase. He guest starred on several television series, including ABC's 1961-1962 crime drama Target: The Corruptors! with Stephen McNally and NBC's Daniel Boone. Description above from the Wikipedia article  John Lupton, licensed under CC-BY-SA, full list of contributors on Wikipedia.