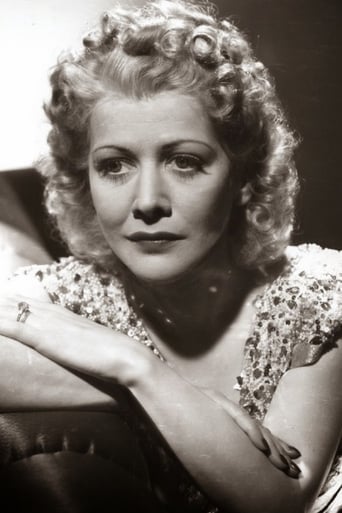 Gladys George was an American actress. George went on the stage at the age of 3 and toured the United States, appearing with her parents. She starred on stage in the 1920s, although she had made several films in the early part of that decade. She starred in Personal Appearance, a comedy by Lawrence Riley. This role was reprised by Mae West in the classic film, Go West, Young Man, which West adapted from the play. In 1936 George was nominated for an Academy Award for Best Actress for Valiant Is the Word for Carrie. George's Broadway credits include The Distant City, Lady in Waiting, and The Betrothal. Her only other first billed roles were in Madame X (1937) and Love is a Headache.[6] She also appeared in The Roaring Twenties (1939), The Way of All Flesh (1940), The Best Years of Our Lives (1946) and He Ran All the Way (1951). She played the widow of Miles Archer (Iva Archer) in The Maltese Falcon and Mme. Du Barry in Marie Antoinette. Her last successful roles were as Lute Mae Sanders in Flamingo Road, her brief appearance as the corrupt nurse Miss Hatch in Detective Story, and Lullaby of Broadway as the alcoholic mother of Doris Day's wholesome character. Description above from the Wikipedia article Gladys George, licensed under CC-BY-SA, full list of contributors on Wikipedia.