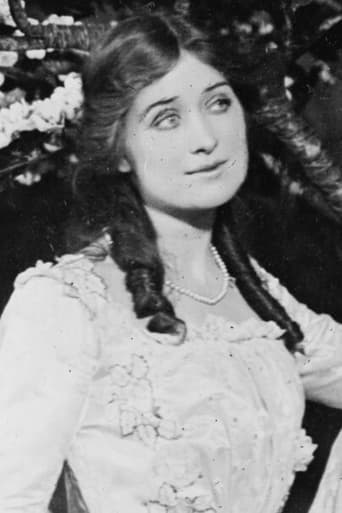 From Wikipedia Charlotte Ganahl Walker (December 29, 1876 [some sources say 1878] – March 23, 1958) was a Broadway theater actress from Galveston, Texas. She was born in Galveston to Edwin A. Walker (1849-1889) and Charlisa (De Ganahl) Walker (1855-1934) and was the mother of character actress Sara Haden. Walker's motion picture career began in 1915 with Kindling and Out of the Darkness. Sloth (1917) is a five-reeler which features Walker. In the third reel of this film she plays a youthful Dutch maid who is about sixteen years old. The setting is an old Dutch settlement on Staten Island, New York. The theme stresses the perils of indolence to a nation of people. It cautions against permitting luxury to replace the simplistic life led by America's forebears. In her later silent film work Walker can be seen in The Midnight Girl (1925) starring alongside a pre-Dracula Bela Lugosi. The Midnight Girl is one of Walker's few silents that survives. As a film actress Walker continued to perform in films into the early 1930s. Her later screen performances include roles in Lightnin (1930), Millie (1931), Salvation Nell (1931), and Hotel Variety (1933). Charlotte Walker died in 1958 at a hospital in Kerrville, Texas at age 81.