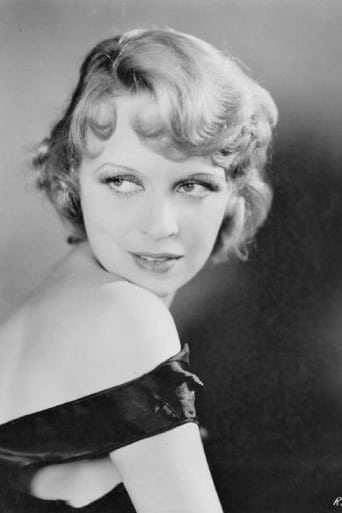 Noel Francis was born in Temple, Texas in 1906. By age 20 she was appearing in the Ziegfeld Follies, working opposite the comedy team of Wheeler and Woolsey. Eventually Fox scouts noticed her and in 1929 she was signed to a Hollywood contract. Because of her Follies background, Fox intended to develop Noel as a musical and dance star. Unfortunately, musicals were on the wane at the time (they did rebound) and her contract was dropped. Luckily, she was picked up by Warner Brothers, and featured in a number of films that had her portraying the tough talking, sassy female connected to gangsters, convicts, and other underworld types, so popular with the movie going public then and now. Noel was rarely given the lead female role, though she worked near the top with some of the era's best actors in films that included Smart Money (1931), in which she is a scheming blonde helping Edward G. Robinson lose his money, and Blonde Crazy (1931), where her target is James Cagney. Her most noted performance was in I Am a Fugitive From a Chain Gang (1932), working with Paul Muni in one of his strongest performances. However, perhaps because of being typecast, she found herself in "B" productions after 1932, though one was as the lead female, in Mayfair Picture Corporation's 1934 What's Your Racket?, opposite Regis Toomey. Needing work, Noel returned to Broadway, but couldn't resume her career there, and returned to Hollywood to make three final films with Buck Jones, including Stone of Silver Creek (1935), in which she used her Broadway musical expertise to play a saloon singer. Between 1929 and 1937 Noel made 47 films. She died October 30, 1959 in Los Angeles, California.