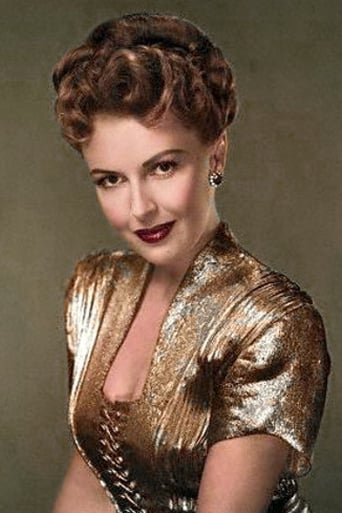 Frances Gifford had a somewhat unorthodox introduction to the movie business. Born and raised in Long Beach, California, she had no ambition to be an actress, and in fact had applied to UCLA when, at age 16, she and a friend got to visit the Samuel Goldwyn Studios, where they watched a movie being shot. A studio exec saw her and asked if she would take a screen test. She did, the studio was impressed with the result and put her under contract. Nothing much came of it, however, other than bit parts, and she moved to RKO. Nothing much happened there, either. She had married actor James Dunn and decided to retire, which she did, in 1938. Off the screen for almost two years, she got a small part in Mr. Smith Goes to Washington (1939), and her career began to revive. She was signed by Paramount, which soon loaned her to Republic, where she made the film she is probably most remembered for: the serial Jungle Girl (1941), based on an Edgar Rice Burroughs story. Unfortunately, her career never really took off, and she bounced around among several studios. In 1948 she was involved in an auto accident in which she received severe head injuries. Although she seemed to recover physically, her career took a nosedive, and she made her last film in 1953. In 1958 newspaper stories reported that as a result of the injuries sustained in the accident, she was admitted to a California state mental hospital. Nothing further was heard from her or about her until 1983, when a writer for a film magazine found her in Pasadena. She had apparently fully overcome her physical and mental problems and was working for the city library. She died of emphysema in Pasadena in 1994.