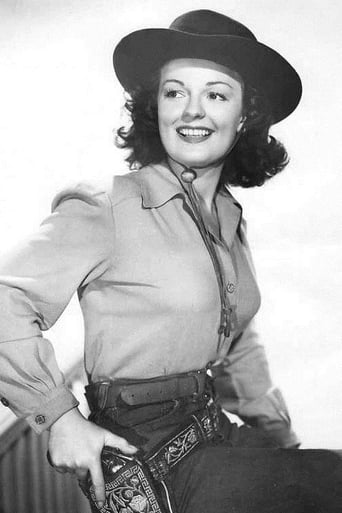 From Wikipedia, the free encyclopedia Dorothy Short (1915 - 1963) was an American film actress mainly in low-budget westerns and serials in the 1930s and 1940s. A native of Philadelphia, she married actor Dave O'Brien in 1936, the same year they appeared together in the low-budget exploitation cheapie Reefer Madness, which in modern times has become a well-known cult film. She also appeared in another anti-marijuana film Assassin of Youth in 1937. She often appeared alongside her husband in various 'B' pictures and the Pete Smith series of comedy shorts, in which O'Brien played the lead on many occasions during the 1940s. After their divorce in 1954, Short retired from film acting, and died nine years later at age 47. Description above from the Wikipedia article Dorothy Short, licensed under CC-BY-SA, full list of contributors on Wikipedia.