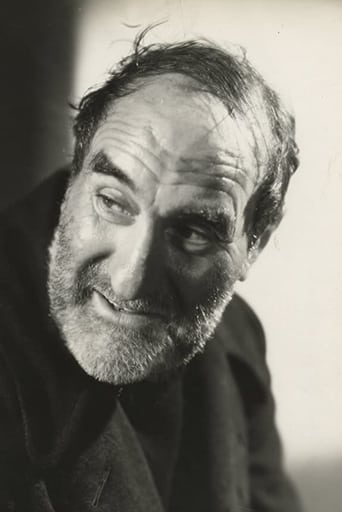 He was the man you loved to hiss. This towering (6' 4"), highly imposing character star with cold, hollow, beady eyes and a huge, protruding snout would go on to become one of the silent screen's finest arch villains. Born Ernest Thayson Torrence-Thompson on June 26, 1878, in Edinburgh, Scotland, he was, unlikely enough, an exceptional pianist and operatic baritone. A graduate of the Stuttgart Conservatory, Edinburgh Academy before earning a scholarship at London's Royal Academy of Music, he toured with the D'Oyly Carte Opera Company in such productions as "The Emerald Isle" (1901) and "The Talk of the Town" (1905) before serious vocal problems set in. Both Ernest and his actor brother David Torrence came to America directly from Scotland prior to WWI. Focusing instead on a purely acting career, both brothers developed into seasoned players on the New York stage. Ernest made his Broadway bow with "Modest Suzanne" in 1912 and a standout role in "The Night Boat" in 1920 brought him to the attention of Hollywood filmmakers. He earned superb marks playing the despicable adversary Luke Hatburn in Tol'able David (1921) opposite Richard Barthelmess, and immediately settled into films for the rest of his career. Adept at both comedy and drama, Ernest avoided what could have been a damaging stereotype with his sympathetic portrayal of a grizzled old codger in the classic western The Covered Wagon (1923). He further bolstered his celebrity with plum, lip-smacking roles alongside Lon Chaney in The Hunchback of Notre Dame (1923) as Clopin, king of the beggars, and Betty Bronson in Peter Pan (1924) as the dastardly Captain Hook. In an offbeat bit of casting he paired up with Clara Bow in Mantrap (1926) as a gentle, bear-like backwoodsman in search of a wife, and participated in other silent classics such as The King of Kings (1927) (as Peter) and Steamboat Bill, Jr. (1928) as Buster Keaton's steamboat captain Dad. Despite his celluloid villainy, Ernest was known as a courtly and cultivated gentleman in private. He made the transition into talking films intact and was able to play a marvelous nemesis, Dr. Moriarty, to Clive Brooks ' Sherlock Holmes (1932) before his untimely death. Ernest died following his filming as a smuggler in I Cover the Waterfront (1933) starring Claudette Colbert in New York on May 15,1933, at the relatively young age of 54. It seems that while en route to Europe by ship, Torrence suffered an acute attack of gall stones and was rushed back to a New York hospital. He died of complications following surgery. Looking and usually playing much older than he was, Hollywood lost a marvelously talented and robust character player who had dozens of films ahead of him.