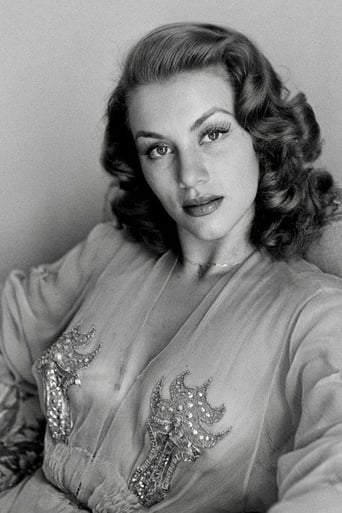 From Wikipedia, the free encyclopedia. Linda Christian (born November 13, 1923) is a Mexican movie actress, who filmed films in Mexican cinema and in Hollywood, her career reached its peak in the 1940s and 1950s. She played Mara in the last Johnny Weissmuller Tarzan film Tarzan and The Mermaids (1948). She is also noted for being the first Bond girl, appearing in a 1954 TV adaptation of the James Bond novel Casino Royale. In 1963 she starred in an episode of The Alfred Hitchcock Hour, "An Out for Oscar". Description above from the Wikipedia article Linda Christian, licensed under CC-BY-SA, full list of contributors on Wikipedia.