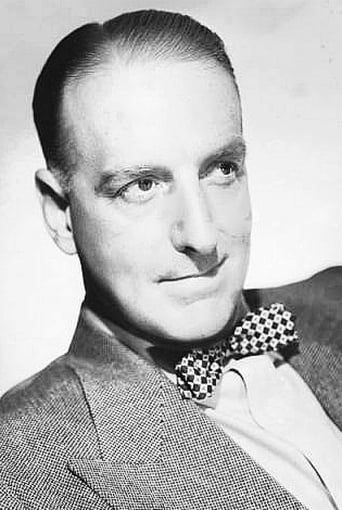 Within the British colony of expatriate actors in Hollywood during the 1930's, Barnett Parker, born 11 September 1886, in Batley, Yorkshire, England, was among the most stereotypical. Harrowgate College-educated, straight-backed, balding and well-intoned, Parker caricatured a multitude of unctuous, stiff-upper-lip butlers, man-servants or waiters, though his performances could, at times, verge on the brink of being camp. When driven to frustration his characters commonly resorted to incoherent twitter or wild gesticulation. Parker was trained under Marie Tempest and George Alexander in England. He first acted on Broadway at the Lyceum Theatre as Wilfred Tavish in Arthur Wing Pinero's "The "Mind the Paint" Girl" in 1912. He was well served with further roles in hit plays like "Hobson's Choice" (1915), "Artists and Models" (1924) and "The Red Robe" (1928). He was at first prone to reject film offers, professing to favor acting on stage. Nonetheless, the celluloid medium eventually beckoned, enticing him to sign with the East Coast-based studio Thanhouser in 1915. He worked in films during the daytime (while treading the boards at night) and quickly landed a plum role as a weak socialite, rescuing Gladys Hulette in Prudence, the Pirate (1916). He was seldom thereafter afforded the opportunity for heroic acts. During the 1930's, he was primarily in demand for small roles as dandified or 'silly ass' Britishers, giving value for money in films like Mr. Deeds Goes to Town (1936), Personal Property (1937), Live, Love and Learn (1937) and Broadway Melody of 1938 (1937). Looking rather older than his years, Barnett Parker died at the Cedars of Lebanon Hospital in Los Angeles after multiple heart attacks on August 5, 1941.