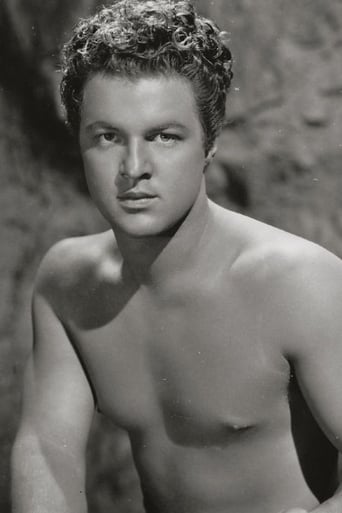 Johnny Sheffield (born John Matthew Sheffield Cassan) was an American child, teen, and young-adult actor, his screen career lasting from 1938 to 1955. In 1938, Sheffield became a child star after he was cast in the juvenile lead of a West Coast production of the highly successful Broadway play On Borrowed Time, which starred Dudley Digges and featured Victor Moore as Gramps. Sheffield played the role of Pud, a long role for a child. He later went to New York as a replacement and performed the role on Broadway. The following year, his father read an article in The Hollywood Reporter that asked, "Have you a Tarzan Jr. in your backyard?" He believed he did and set up an interview. MGM was searching for a suitable youngster to play the adopted son of Tarzan in its next jungle movie with stars Johnny Weissmuller and Maureen O'Sullivan. When he was 5 years old, Sheffield was taken to an audition where Weissmuller chose him over more than 300 juvenile actors interviewed for the part of "Boy" in Tarzan Finds a Son. In that same year, Sheffield appeared in the Busby Berkeley movie musical Babes in Arms with Mickey Rooney and Judy Garland, classmates of his at the studio school. He appeared with many other performers over the years, including Jeanette MacDonald, Pat O'Brien, Cesar Romero, Ronald Reagan and Beverly Garland. He played the childhood version of the title character in Knute Rockne, All American, perhaps the most prestigious film in which he had a role. Sheffield played Boy in three Tarzan movies at MGM, and in another five after the star, Weissmuller, and production of the movie series moved to RKO. Brenda Joyce played Jane in the last three Tarzan movies in which Sheffield appeared. After he outgrew the role of Boy, the teenaged Sheffield went on to star in his own jungle movie series for Allied Artists. In 1949, he made Bomba, the Jungle Boy with co-star Peggy Ann Garner. In all, he appeared as Bomba 12 times, more than any other character he portrayed. Sheffield appeared in his last movie, as Bomba, in 1955. He then made a pilot for a television series, Bantu the Zebra Boy, which was created, produced and directed by his father, Reginald Sheffield. Although the production values were high compared to other TV jungle shows of the day, a sponsor was not found and the show was never produced as a weekly series.