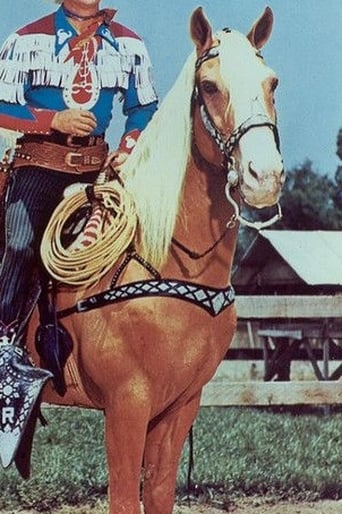 Trigger made an early appearance as the mount of Maid Marian, played by Olivia de Havilland in The Adventures of Robin Hood (1938). A short while later, when Roy Rogers was preparing to make his first movie in a starring role, he was offered a choice of five rented "movie" horses to ride and chose him. Rogers bought him eventually in 1943 for his quickness of both foot and mind. Trigger learned 150 trick cues and could walk 50 feet on his hind legs (according to sources close to Roy Rogers). They were said to have run out of places to cue Trigger. Trigger was ridden by Rogers in many of his motion pictures, becoming much loved by the youthful audience that saw him on film and in Rogers' 1950s television series with his wife Dale Evans, who rode her trusty buckskin Quarter Horse Buttermilk.