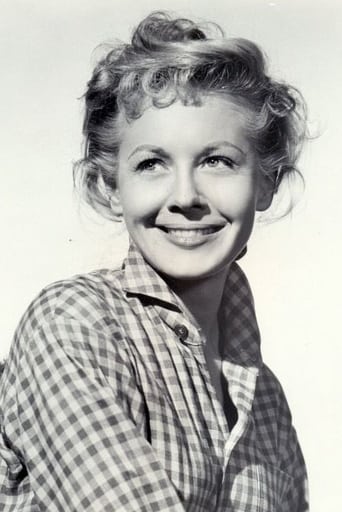 From Wikipedia, the free encyclopedia Randy Stuart, born as Elizabeth Shaubell (October 24, 1924 – July 20, 1996), was an American actress in film and television. A familiar face in several popular films of the 1940s and 1950s, and later in Western-themed television series, she is perhaps best remembered as Louise Carey, the wife of Scott Carey, played by Grant Williams, in The Incredible Shrinking Man (1957), a science-fiction classic named in 2009 as “culturally, historically or aesthetically” significant to be preserved for all time in the Library of Congress's National Film Registry. A screen test in the play The Women led to Stuart being placed under contract at 20th Century Fox. Her film debut was uncredited in the 1947 picture, The Foxes of Harrow. Stuart plays the birth mother of main character Stephen Fox, in the film's initial scene. In 1948, she played Peggy, a knowing secretary (and collaborator with star Clifton Webb) in the comedy Sitting Pretty. She also appeared that year (sixth-billed) as the wife of a returning veteran in Apartment for Peggy with William Holden and Jeanne Crain. In 1949, she portrayed Lieutenant Eloise Billings, an object of desire for Cary Grant, in the Howard Hawks film I Was a Male War Bride, also starring Ann Sheridan. That same year, she appeared opposite Jose Ferrer in Otto Preminger's psychological noir, Whirlpool. Stuart was billed on posters as a supporting player in the comedy / musical Dancing in the Dark, starring William Powell and Betsy Drake. In 1950, Stuart was briefly in that year's Best Picture, All About Eve, as a telephone friend of Anne Baxter. She had fourth billing in the noir comedy Stella, with Ann Sheridan and Victor Mature. In 1951, she appeared as Marge Boyd in I Can Get It For You Wholesale, in what might have been her breakout role. In 1952, Stuart teamed again with Grant and Drake in the comedy Room for One More for Warner Bros. After 1957's Incredible Shrinking Man, she was cast as Nancy Dawson in the 1958 western film, Man from God's Country, starring George Montgomery. She also guest-starred about that time in Montgomery's short-lived television western television series, Cimarron City.