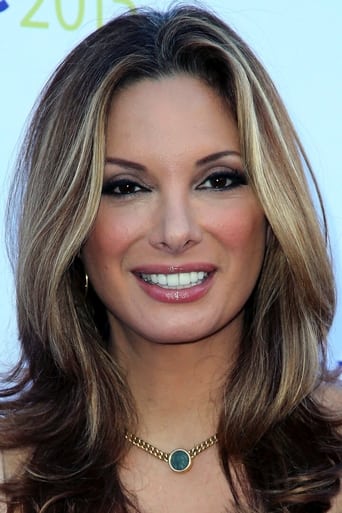 From Wikipedia, the free encyclopedia: Alexandra Estella DeAnna "Alex" Meneses (born February 12, 1965) is an American television and film actress and model. She was born in Chicago of Mexican American descent on her father's side and Ukrainian American descent on her mother's. Meneses studied acting at Chicago's The Second City Improvisational Theater during summer vacations. Immediately upon graduation from high school,she got a modeling contract in Milan, Italy. Originally she was to stay in Italy for only 3 months, but fell in love with Italy and stayed there for 2 years where she became a successful model. When Alex came back to the USA, she headed to Los Angeles, where she studied acting at the Lee Strasberg Institute. Meneses portrayed Teresa Morales in Dr. Quinn, Medicine Woman, and has had significant recurring roles on Everybody Loves Raymond as Robert's Italian lover Stefania, Friends (1997, Third season) as Cookie (Joey Tribiani's sister), and The Hughleys. She has also appeared in Martial Law as Alex Delgado in the episode Lock Up and the films Amanda and the Alien, Selena, The Flintstones in Viva Rock Vegas, Auto Focus, NCIS, and Funny Money. Alex has also appeared in numerous L.A. stage productions. Description above from the Wikipedia article Alex Meneses, licensed under CC-BY-SA, full list of contributors on Wikipedia.