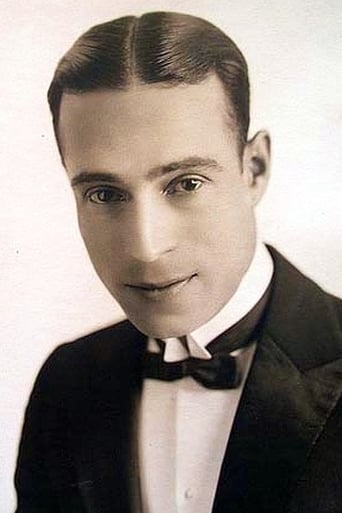 From Wikipedia, the free encyclopedia. Ben Bard (January 26, 1893, Milwaukee – May 17, 1974, Los Angeles) was a movie actor, stage actor, and acting teacher. With comedian Jack Pearl, Bard worked in a comedy duo in vaudeville. In 1926, Bard, Pearl, and Sascha Beaumont appeared in a short film made in Lee DeForest's Phonofilm sound-on-film process. Bard had a small roll in Roland West's classic mystery The Bat Whispers (1930). Later in the decade, he ran a leading Hollywood acting school, Ben Bard Drama. He married the serial film star Ruth Roland in 1929, and was married to Roland until her death in 1937. Bard was recruited to be a leading man at Fox Film Corporation. However, he was typecast as a "Suave Heavy"—a smooth-talking, well-dressed fellow with a dark side. An example of this type is his portrayal of "Mr. Brun" in The Seventh Victim (1943). Also in 1943, Bard appeared in two other Val Lewton-produced horror films: The Leopard Man, as Robles, the Police Chief, and The Ghost Ship, as First Officer Bowns. In 1939, he married Roma Clarisse, an actress and last recipient of the Ruth Roland Scholarship to Ben Bard Drama. They had 3 children before she died in 1947. In 1948 Bard married Jackie Lynn Taylor, an actress in the Our Gang series. They divorced in 1954. During the 1950s, Bard was the head of the New Talent Department at Twentieth Century Fox. He re-opened his school, Ben Bard Drama, in 1960. Bard died in Los Angeles in 1974. His resting place is with Ruth Roland at Forest Lawn Memorial Park, Glendale. He is survived by his son Bryan Barak Bard, who is a video documentary artist living in Israel. He is also survived by his other son Bartley Bard, who is a professional director and screenwriter. Description above from the Wikipedia article Ben Bard, licensed under CC-BY-SA, full list of contributors on Wikipedia.