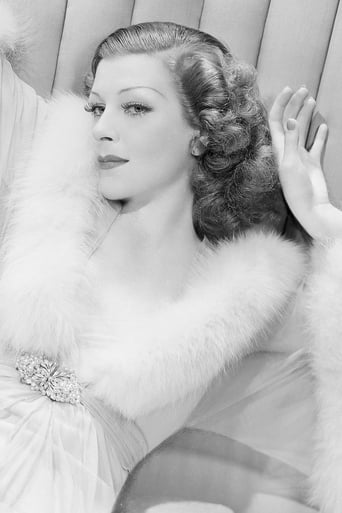 Blonde, vivacious and obviously talented, Shirley Ross had the promisings of a big musical film star, but her career remained strictly second-string throughout her fairly short career. She is best remembered through her pairing with an entertainment legend: Shirley was afforded the opportunity of duetting with Bob Hope on the song "Thanks for the Memory" in the splashy musical The Big Broadcast of 1938. The song, of course, became Bob's beloved signature tune. Shirley was born Bernice Gaunt in Omaha, Nebraska in 1913. Her family moved west and she attended Hollywood High School, later studying at UCLA. Blessed with a gorgeous musical instrument, and an adept piano player as well, Shirley went on to sing with Gus Arnheim's band on the west coast, appearing at all the swanky clubs of the day, including the Beverly Wilshire Hotel, while making a decent name for herself on radio. She also appeared in a west coast production of "Anything Goes". MGM initially scooped her up, making her unbilled debut in the Jean Harlow starrer Blonde Bombshell (1933). She continued on just as obscurely in the films Hollywood Party (1934), Manhattan Melodrama (1934), The Girl from Missouri (1934), The Merry Widow (1934), and Age of Indiscretion (1935), but was finally promoted to a minor featured role in the classic earthquake epic San Francisco (1936) with Clark Gable and Jeanette MacDonald, in which Shirley sang "Happy New Year". In 1936, she found more visible work over at Paramount and spent the next few years there paired up vocally and romantically with either Bing Crosby or Bob Hope in their popular vehicles - The Big Broadcast of 1937 (1936), Waikiki Wedding (1937), Thanks for the Memory (1938), Paris Honeymoon (1939), and Some Like It Hot (1939). Though most were trifling, insignificant time fillers, she was a diverting beauty and quite serviceable in them. She was even given the chance to topline a few of her own movies such as Prison Farm (1938), Sailors on Leave (1941), and A Song for Miss Julie (1945), which was her swan song. After leaving pictures, Shirley Ross was little heard or seen. Married first to agent John Kenneth 'Ken' Dolan, then to Everett S. 'Eddie' Blum, she had three children - two sons and a daughter. She died in Menlo Park, California of cancer in 1975.