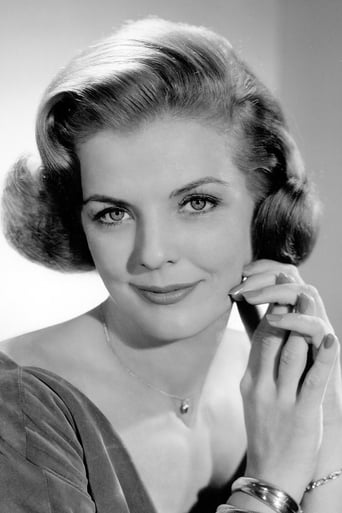 Marjorie Lord (née Wollenberg) was an American television and film actress. She played Kathy "Clancy" O'Hara Williams, opposite Danny Thomas's character on The Danny Thomas Show and later Make Room for Granddaddy. In 1935, at the age of 16, Lord made her Broadway debut in The Old Maid with Judith Anderson. Her other Broadway appearances came in Signature, Little Brown Jug, and The Girl in the Freudian Slip. Lord was signed by RKO Radio Pictures in 1935. While appearing in Springtime for Henry with Edward Everett Horton, director Henry Koster approached her and signed her to a contract with Universal Studios. She appeared in six feature films and a film serial The Adventures of Smilin' Jack for Universal. Her film work includes a number of wartime pictures, including the 1943 mystery Sherlock Holmes in Washington, starring Basil Rathbone in the title role. She also appeared in the Western films Masked Raiders, Mexican Manhunt, and Down Laredo Way. In 1966, she played Mrs. Martha Meade, the wife of Bob Hope's character, in the screwball comedy Boy, Did I Get a Wrong Number!