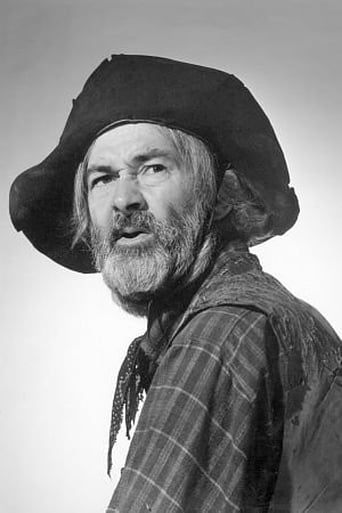 George Hayes is an American character actor, the most famous of Western-movie sidekicks of the 1930s and 1940s. He worked in a circus and played semi-pro baseball while a teenager. In 1914, he married Olive Ireland and the pair became successful on the vaudeville circuit. Retired in his forties, he lost much of his money in the 1929 stock market crash and was forced to return to work. He played scores of roles in Westerns and non-Westerns alike, finally in the mid-1930s settling in to an almost exclusively Western career. He gained fame as Hopalong Cassidy's sidekick Windy Halliday in films between 1936 and 1939. Leaving the Cassidy films in a salary dispute, he was legally precluded from using the Windy nickname, and so took on the sobriquet Gabby, and was so billed from about 1940. In his early films, he alternated between whiskered comic-relief sidekicks and clean-shaven bad guys, but by the later 1930s, he worked almost exclusively as a Western sidekick to stars such as John Wayne, Roy Rogers, and Randolph Scott. After his last film in 1950, he starred as the host of The Gabby Hayes Show. He died on February 9, 1969.