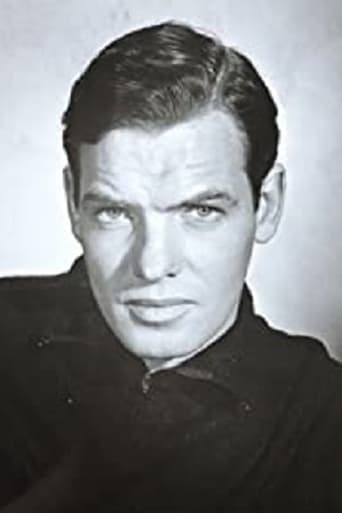 Handsome, laconic American leading actor of the 50s and 60s, most often cast as servicemen or brawny outdoor types. Never a serious contender for movie stardom, he was better served on the small screen as a guest actor in westerns and police dramas. A native New Yorker, Sean had left school at 14 and taken on a host of short-term jobs on ranches, construction gangs and sponge boats before landing himself a position at the ABC film vaults in Hollywood. He was subsequently signed by Warner Brothers and made his film debut in a bit role in 1958. He went on to study drama at the Actor's Studio in New York, at one time supplementing his income as a Macy Department Store Santa Claus. Sean appeared twice on Broadway in the early 60s and played Lancelot in a touring theatre production of Camelot. Since he had a good baritone voice, he was tipped to play the part in the motion picture as well but ultimately lost out to Franco Nero (who, ironically, had to be dubbed!). He did eventually score a leading movie role of note as a naval ensign opposite Jean Seberg in the psychological thriller Moment to Moment (1966). However, his performance seemed somewhat muted and the director, Mervyn LeRoy, later expressed misgivings in not having cast an actor of Paul Newman's caliber instead. Sean briefly co-starred with John Mills in a 1967 series as an impulsive hotshot lawyer (slash gunslinger), apprenticed to a pacifist 'greenhorn' British attorney involved in legal proceedings in 19th century Arizona. Despite its rather off-beat premise and benefiting from being shot in color (frequently on location), Dundee and the Culhane (1967) flopped and was canned after just 13 episodes. Sean was essentially relegated to the fringes of screen acting thereafter and retired in the early 80s to go into the swimming pool construction business.