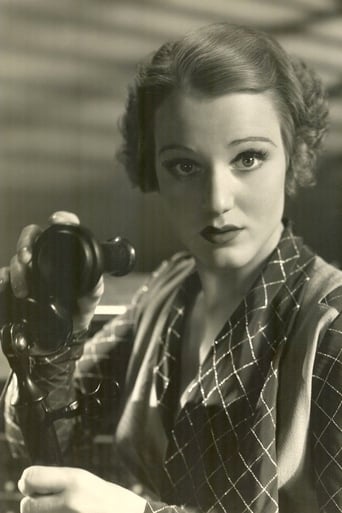 From Wikipedia, the free encyclopedia Constance Cummings, CBE (May 15, 1910 – November 23, 2005) was an American-born British actress, known for her work on both screen and stage. Born Constance Halverstadt in Seattle, Washington to Dallas Halverstadt and Kate Cummings, she began as a stage actress, landing her first role on Broadway by the age of 18. While appearing on Broadway, she was discovered by Sam Goldwyn, who brought her to Hollywood in 1931. Between 1931 and 1934, Cummings appeared in 21 films, most notably the Harold Lloyd picture Movie Crazy and American Madness, directed by Frank Capra. She was married to the playwright and screenwriter Benn Levy MBE from 1933 until his death in 1973. Levy went on to write and direct films for Cummings, such as The Jealous God (1939); he also served in the United Kingdom Parliament from 1945-50 as the Labour MP for Eton and Slough. They had a son and a daughter. Cummings was uncomfortable in Hollywood and moved to England, where she continued acting, both in movies and on the stage. Few of these films became popular in America, although included amongst those that did is Blithe Spirit, adapted from a play by Sir Noël Coward. In 1974, Cummings, who resided in the UK for many decades, was made a Commander of the Order of the British Empire for her contributions to the British entertainment industry. She played Mary Tyrone in the Royal National Theatre's production of Eugene O'Neill's Long Day's Journey into Night opposite Sir Laurence Olivier, to great acclaim. She later recreated the role for a television version. In 1979, she won a Tony Award for Best Actress for her performance in the role in the play Wings (written by Arthur Kopit) of Emily Stilson, a former aviator who has suffered a stroke, from which she struggles to recover. She was a committee member of the Royal Court Theatre and the Arts Council. Despite her truncated career in the U.S., she has a star on the Hollywood Walk of Fame at 6211 Hollywood Blvd. Constance Cummings Levy died on November 23, 2005 at the age of 95. Description above from the Wikipedia article Constance Cummings, licensed under CC-BY-SA, full list of contributors on Wikipedia.