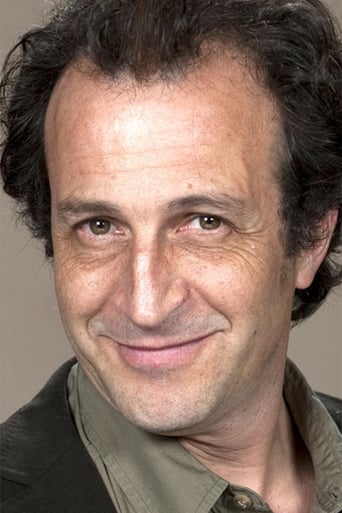 From Wikipedia, the free encyclopedia. Daniel Giménez Cacho (born May 15, 1961 in Madrid, Spain) is a Spanish-born Ariel award winner Mexican actor who has starred in several Mexican films such as Solo con tu pareja, Cronos, Midaq Alley and Arráncame la Vida, among others as well as in Spanish Films (La Mala Educación) and TV shows. He is known for having worked with some of the most important hispanic filmmakers like Guillermo Del Toro, Alfonso Cuarón, Jorge Fons and Pedro Almodóvar. Giménez Cacho also appeared in La Hora Marcada, a TV show written and directed by Alfonso Cuarón and Guillermo Del Toro and in the Mexican telenovela Teresa. His voice is heard throughout Y tu mamá también as the narrator. In 2009 appear in the Mexican remake of the Argentina TV series Locas de Amor. Description above from the Wikipedia article Daniel Giménez Cacho, licensed under CC-BY-SA, full list of contributors on Wikipedia.