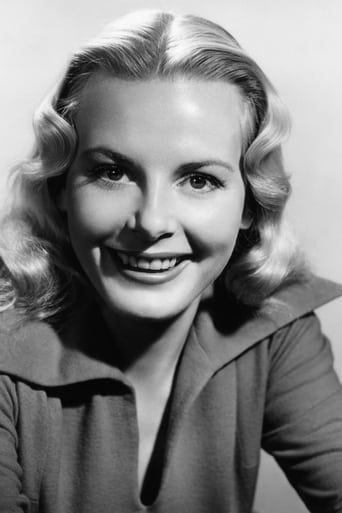 ​From Wikipedia, the free encyclopedia. Born Jean Walasek in Chicago to John T. Walasek and Mary A. Walasek (née Sharkey), Wallace began her career as a model then got her first small movie role at the age of seventeen. She was married two times; once to her Jigsaw co-star Franchot Tone from 1941 to 1948 and once to actor Cornel Wilde (her co-star in The Big Combo and Lancelot and Guinevere) from 1951 to 1981. She had two sons with Tone and one with Wilde. She attempted suicide in 1946 with sleeping pills, and in 1949 with a self inflicted knife wound. Wallace died of a gastrointestinal hemorrhage on February 14, 1990. She is buried in Hollywood Forever Cemetery. Description above from the Wikipedia article Jean Wallace, licensed under CC-BY-SA, full list of contributors on Wikipedia