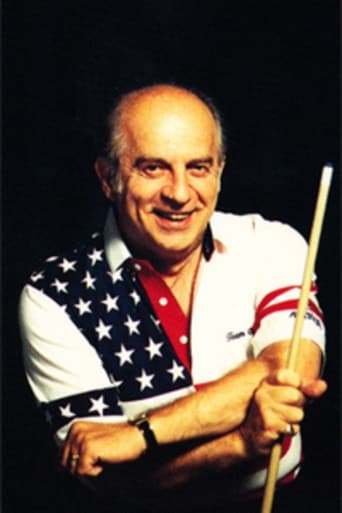 Lou Butera was an American professional pool player and an inductee into the Billiards Congress of America's Hall of Fame in 1986. His nickname, "Machine Gun Lou", derives from his stunning the crowd and fellow competitors by running 150-and-out in straight pool in 21 minutes against Allen Hopkins in 1973. He gained exposure to the masses in 1981 and 1982 when he appeared in network trick shot competitions on CBS and ABC. Description above from the Wikipedia article Lou Butera, licensed under CC-BY-SA, full list of contributors on Wikipedia.