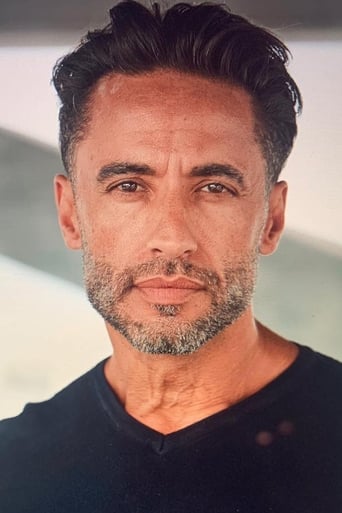 A native of San Juan, Puerto Rico, Kamar de los Reyes moved to Las Vegas at the age of two and had a childhood filled with music. Kamar's father, a Cuban drummer and percussionist, would see two of his three sons become professional musicians, one a world renowned drummer, the other a world renowned percussionist. Kamar, the youngest of the brood, began playing the trumpet at the age of four and although he played alongside trumpet greats like Harry James, Doc Severinsen, and Dizzy Gillespie, Kamar chose to go another route. Putting trumpet aside while in high school, he rediscovered the arts as a singer and dancer in a pop/jazz ensemble called Harmony Express. During his senior year, a stage role as El Gallo in The Fantastiks marked his acting debut. Throughout this same period, he studied dance at Backstage Dance Studio and performed with small musical combos. During a trip to Los Angeles to visit his brother Daniel, who was playing percussion for the Cher music video We All Sleep Alone, Kamar landed a dancing role and subsequently went on to work with Kenny Ortega in the feature "Salsa"(1998)_ and the television series "Dirty Dancing"(1988). Later in 2001, Kamar would work again with Kenny Ortega in the VH-1 movie "The Way She Moves"(2001) only this time he would work as the lead actor. IMDb Mini Biography By: The Schiff Company