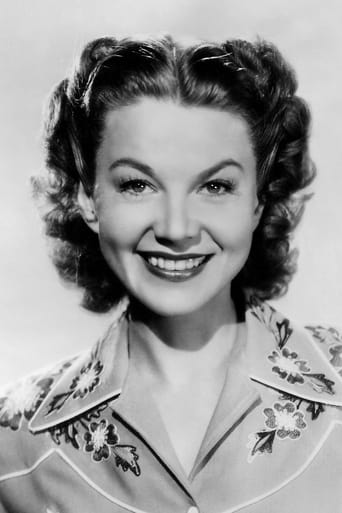 A professional entertainer since the age of six, blue-eyed brunette Jane Frazee and her older sister Ruth Frazee had a vaudeville sister act and appeared in nightclubs and on radio together. They journeyed to Hollywood, but the act broke up when Ruth failed her screen tests and Jane passed hers. Jane was quite attractive with a pleasant singing voice, and went on to play in numerous westerns and light musicals after signing with Republic Pictures. She later appeared in a number of films for Universal Pictures, which put her to the test by having her warble amidst the antics of Bud Abbott and Lou Costello in Buck Privates (1941) and Ole Olsen and Chic Johnson in Hellzapoppin' (1941). She married actor/director Glenn Tryon in 1942 and had a son, Timothy, but the couple divorced in 1947. Moving into TV guest appearances in the early 1950s, Jane later retired and started a successful real estate business. She died in Newport Beach, California at age 67 following complications from a stroke on September 6, 1985.