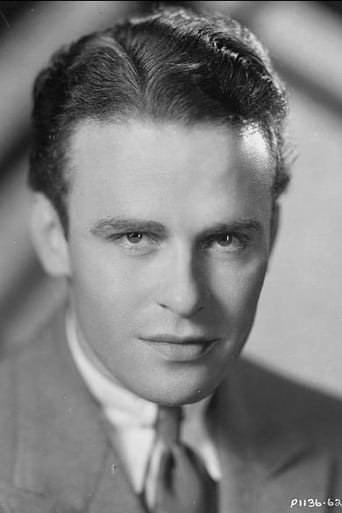 Stanley Smith was born in Kansas City, Missouri, on January 6 1903. Smith had to overcome family objections before making his career on the stage -- his father's family were bankers and his mother's dealt in lumber. He attended Hollywood High School and in his teens appeared at the Hollywood Bowl as Robin Hood. He was discovered by Lenore Ulric and given his first chance in 'Kiki' then played in stock for six years. Smith returned to the West Coast to perform in "The Royal Family." The handsome actor -- 5 feet 11 inches, 160 pounds, blonde hair, blue eyes -- attracted the attention of Pathe studios which signed the local boy. He played leading man to Nancy Carroll, Clara Bow, and Ginger Rogers in the days of the early talkies.