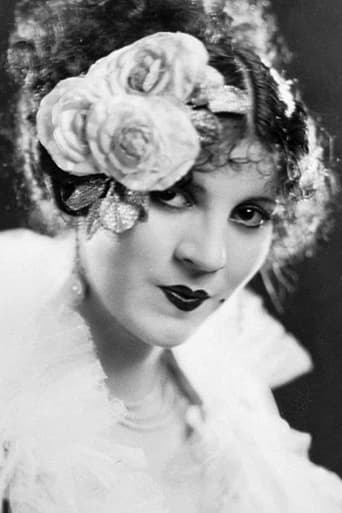 Olive Borden was beautiful and talented but she became one of Hollywood's most tragic tales. She came to Hollywood in 1922 with her widowed mother. Olive started her career as a Mack Sennett bathing beauty and was named a Wampas baby star in 1925. She made eleven films at Fox studios where she earned $1,500 a week. Olive became a popular on screen vamp and her jet black hair was her trademark. She hired Jimmie Fiddler as her agent and was nicknamed "The Joy Girl". Olive lived a lavish lifestyle with limos, mansions, servants, and a dozen fur coats. In 1927 she left Fox after a salary dispute. She later worked for Columbia and RKO studios. Like many other silent stars she had a hard time making the transition to talkies. Her last film was made in 1934. There were two failed marriages and a broken engagement to actor George O'Brien. During World War 2 she worked as a nurse. By the age of 41 she was a penniless alcoholic. Her final years were spent in a Los Angeles mission. Sadly many of Olive Borden's silent films have been lost and this lovely star has been forgotten. Date of Death 1 October 1947, Los Angeles, California  (stomach ailment)