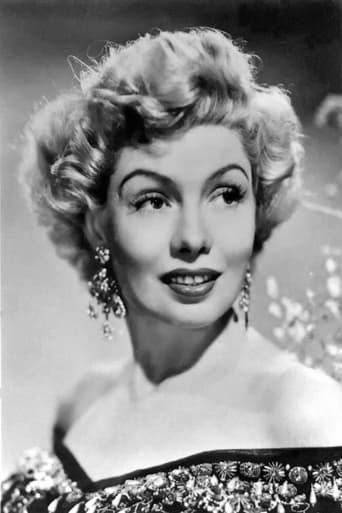 Yolande Donlan (born June 2, 1920 in Jersey City, New Jersey) is an American actress who has worked extensively in the United Kingdom. She is the daughter of James Donlan, who was a hard working character actor in Hollywood films of the 1930s. It is thought that she had some uncredited roles in films including Pennies From Heaven and Love Finds Andy Hardy immediately following her father's death in 1938, but these have not been confirmed. Her early credited roles include Frenchy the maid in the horror film The Devil Bat in 1940 and she followed this up with several small roles, generally as similar French-accented maid characters. A notable stage success as Billie Dawn in a Boston production of Born Yesterday by Garson Kanin was the start of bigger things for Donlan. The production transferred to London's West End for a long run. Donlan was initially denied a work permit to star in the lead in Peter Pan due to complaints from Actors Equity who felt that a British star should have the lead. After it ended, Donlan remained in the United Kingdom and began accepting film work. After Traveller's Joy in 1949, Donlan worked for the director Val Guest in several films including Mister Drake's Duck, Penny Princess (in the title role) and The Body Said No. Donlan married Guest in 1954 and afterwards her film work included many of her husband's films such as Expresso Bongo and 80,000 Suspects, as well as a small number of films for other directors. In 1955 she penned the autobiographical travelogue, Sand in my Mink an amusing tale of adventures taken with her husband, across Europe, which makes a light hearted read of how travel used to be. A further stage success came in 1959 in Jack Popplewell's And Suddenly It's Spring opposite Margaret Lockwood. Her most recent film credit is Seven Nights in Japan from 1976. The same year saw publication of her autobiography, Shake the Stars Down, which concentrates on her childhood years growing up in the Hollywood of the 1930s. Guest retired from directing in 1985 and the couple moved back to the United States of America in the late 1980s, where they resided in Palm Springs until his death in 2006. Donlan now lives in Belgravia, London.