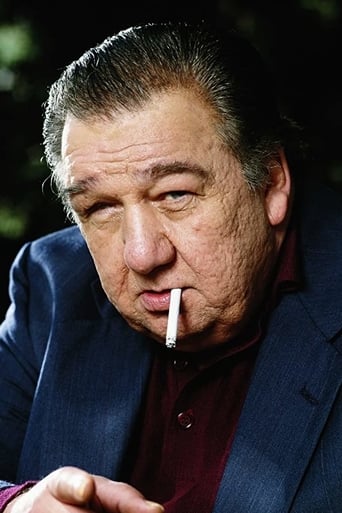 From Wikipedia, the free encyclopedia Joseph "Joe" Viterelli (March 10, 1937 – January 28, 2004) was an Italian American actor known for his mafioso-orientated personality endorsements. Joe Viterelli was born to Italian immigrants in Bronx, New York. Before Viterelli became an actor, he was a successful businessman in New York City. He had befriended director Leo Penn (actor Sean Penn's father), who initially tried but failed to persuade Viterelli to pursue acting because of his unique and typically Italian looks. Some years later, Sean Penn approached Viterelli and asked him to try out for a part as a favor: Viterelli did and went on to appear in State of Grace and then in over 40 movies. Joe Viterelli became an icon of Mafia-Movies. Viterelli died on January 28, 2004 in Las Vegas, Nevada due to a severe stomach hemorrhage, a complication of just-completed heart surgery. He was 66 years old. His last role was as a mobster in a 2004 Super Bowl ad for Staples, Inc. and his last movie role was as Jelly in Harold Ramis’ Analyze That. Description above from the Wikipedia article Joe Viterelli, licensed under CC-BY-SA, full list of contributors on Wikipedia.