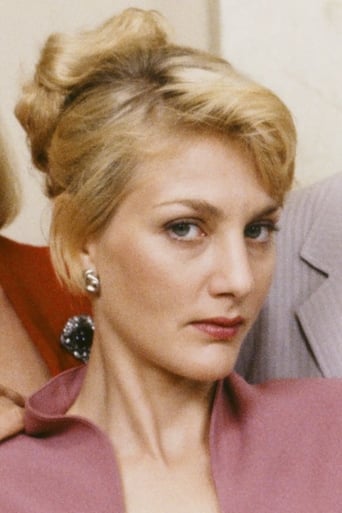 Jennifer G. Wright (born March 23, 1962) is an American actress who made her film debut portraying the role of Cushie in The World According to Garp in 1982. That same year she made an appearance in Pink Floyd The Wall, playing an American groupie. Wright had roles in both The Wild Life as Eileen and St. Elmo's Fire as Felicia. She also starred with Anthony Michael Hall in the 1986 thriller Out of Bounds, with Adrian Pasdar as Mae in the 1987 cult horror classic Near Dark, and alongside Ilan Mitchell-Smith in the 1988 drama The Chocolate War. Wright had a lead role in 1989's I, Madman, and small parts in the films Young Guns II and The Lawnmower Man. Wright's last movie to date was Enchanted. Description above from the Wikipedia article Jenny Wright, licensed under CC-BY-SA, full list of contributors on Wikipedia