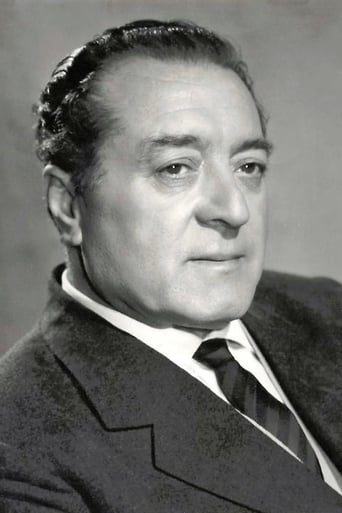 José Marco Davó (Orihuela, Alicante, May 10, 1895 - Torrevieja, Alicante, September 27, 1974) was a Spanish actor. His first contact with the world of cinema occurred in the mid-1930s with two supporting roles in adaptations of Carlos Arniches' works for the cinema: É My Man (1934), directed by Benito Perojo, and Don Quintin, la amargao (1935) , directed by Luis Buñuel and Luis Marquina. After the conclusion of the Civil War and throughout the 1940s, focused on his theatrical vocation, he founded his own company and worked with Rafael López Somoza and Carlos Garriga, with whom he debuted works of his own and other writings in collaboration with Luis Tejedor and José Alfayate. He returns to the cinema with the film Alba of America (1951), followed by La Guerra de Dios (1953) and El Mayor de Zalamea (1954). In 1955 he participated in Marcelino Pão e Vinho and, during the next fifteen years, he became a habitual secondary actor in Spanish cinematographic productions, until reaching a hundred films. From Wikipedia (es), the free encyclopedia