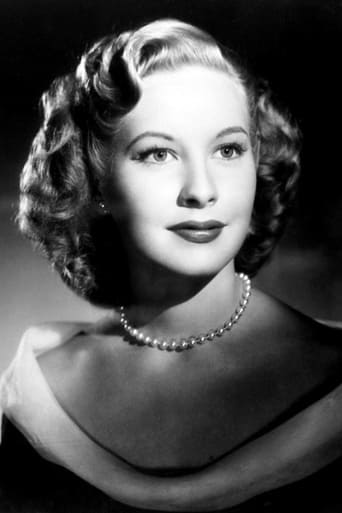 Penny Edwards was an american actress who had a career on stage, television, and in films. When she was twelve years old, Edwards danced in Let's Face It, and at the age of fourteen, she appeared on Broadway as a dancer in Zigfeld Follies of 1943. Her other Broadway credits include Laffing Room Only, and The Duchess Misbehaves. Edwards' film debut came in My Wild Irish Rose. She also appeared in the films Trail of Robin Hood, Spoilers of the Plains, Heart of the Rockies, In Old Amarillo, North of the Great Divide, Sunset in the West, Street Bandits and Missing Women, among others. In the late 1940s, Edwards toured the United States for fourteen months, performing in vaudeville. Public response to Edwards' appearance with Roy Rogers in Sunset in the West (1950) led to her receiving a long-term contract with Republic Pictures. In the 1950s, Edwards appeared on television in westerns and mystery programs. Edwards appeared as Nan Gable in the 1958 episode, "Two-Gun Nan," on the syndicated television anthology series, Death Valley Days. In the story line, Nan is a woman sharpshooter affiliated with William F. Cody's Wild West Show. She sets out on a daring 180-day thoroughbred horse ride from San Francisco to New York City to prove that a woman could undertake such a task. Robert "Buzz" Henry played her husband, Frank Gable, and William O'Neal was cast as Cody. Still living in 1958, Nan Gable appeared with series host Stanley Andrews at the conclusion of the episode. In 1954, Edwards announced her retirement from acting "to do the Lord's work in whatever way He wills." However, in 1956 she appeared as Molly Crowley in the TV western series Cheyenne in the episode titled "Johnny Bravo."