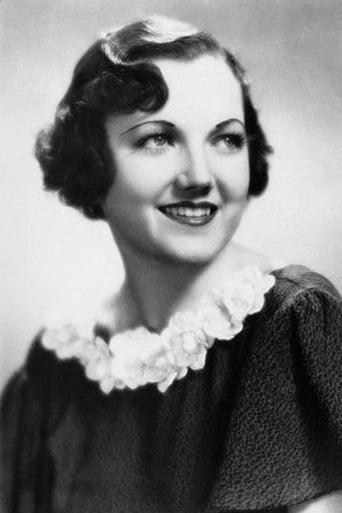 Lois January was an American actress who performed small roles in several B-movies during the 1930s. Lois also had a secondary part in the Wizard Of Oz, towards the end of the movie, holding a Siamese cat in her arms. Toto jumps out of the basket of the hot air balloon that was supposed to take him, Dorothy and the Wizard away from the Land of Oz. January's first credited role was in 1933, in the film UM-PA. Her most famous role, however, is probably as the Emerald City manicurist in The Wizard of Oz who sings to Dorothy that "we can make a dimpled smile out of a frown". Although the character was unnamed, many fans believe it to be an incarnation of novel character Jellia Jamb. During the 1930s she played in numerous westerns as the heroine, usually opposite Johnny Mack Brown, Bob Steele, Tim McCoy and Bob Baker, among others. In 1935 she starred opposite Reb Russell in Arizona Badman, and in 1936 she starred with Brown in Rogue of the Range, and alongside Tim McCoy in Border Caballero. While under contract with Universal Pictures she continued to play heroine roles in westerns, and in 1937 she starred opposite Bob Baker in Courage of the West. The reissuing of the 1935 exploitation film The Pace That Kills (under the title Cocaine Fiends) would eventually lend January even more exposure, however limited. January's Broadway credits include High Kickers (1941) and Yokel Boy (1939). By the mid-1940s, her starring roles had waned but she continued to act in non-starring parts. In 1942 she was the "poster girl" for Chesterfield cigarettes. From 1960 through 1987 she played numerous small roles on television, to include roles on My Three Sons and Marcus Welby, M.D. Her last acting role was in 1987, on the television movie Double Agent. During the 1980s she attended several western film festivals.