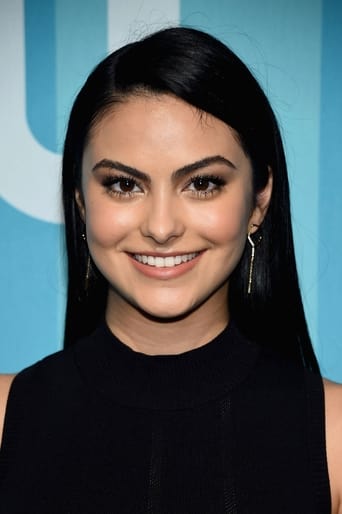 Camila Carraro Mendes is an American actress and singer, known for portraying Veronica Lodge on The CW teen drama television series Riverdale. She made her feature film debut portraying the character, Morgan in The New Romantic, which premiered at the SXSW Festival in March 2018. In the same month, Mendes joined the cast of the romantic comedy The Perfect Date alongside Laura Marano and Matt Walsh. Mendes was born in Charlottesville, Virginia, to Brazilian parents, Victor Mendes and Gisele Carraro. Her mother is from Porto Alegre, Rio Grande do Sul, while her father is from Brasília. She moved 16 times growing up but spent most of her childhood in Florida, where she attended American Heritage School, in Plantation. At the age of 10, she lived in Brazil for a year. In May 2016, Mendes graduated from New York University Tisch School of the Arts, alongside her Riverdale co-star Cole Sprouse. At NYU, she also became friends with singer Maggie Rogers. In 2018, Mendes appeared in the music video for Rogers' song "Give a Little". Description above from the Wikipedia article Camila Mendes, licensed under CC-BY-SA, full list of contributors on Wikipedia.