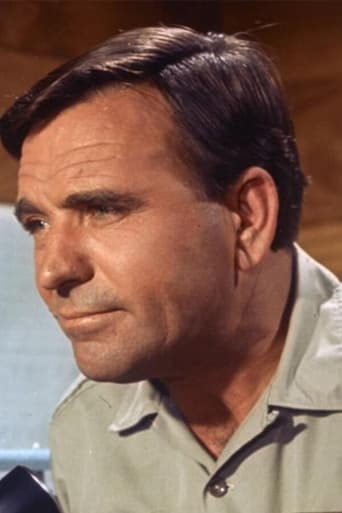 Ed Devereaux (27 August 1925 – 17 December 2003) was an Australian actor, who lived in the UK for many years. He was best known for playing the part of "Matt Hammond" in the Australian children's television series Skippy. He was also involved in the series behind the scenes; Devereaux both wrote the script and directed The Veteran (1969), for which he received much critical acclaim. Devereaux based the story of Double Trouble on an idea conceived by his children, wrote the screenplay of Summer Storm and wrote the script of The Mine. Devereaux appeared as Mr. Gubbins in the 1963 British comedy movie Ladies Who Do and in several Carry On films including Carry On Sergeant, Carry On Nurse, Carry On Regardless, Carry On Cruising and Carry On Jack. He also appeared as Thomas Macaulay in series 5 of The Onedin Line and as Mac in the British comedy series Absolutely Fabulous and in The Professionals (episode "Runner") and The Sweeney ("Jackpot"). In 1964 he appeared in The Saint episode "The Loving Brothers".