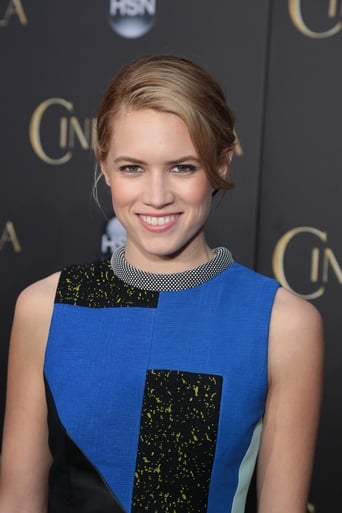 The daughter of Warner Bros. President & COO Alan F. Horn, Cody Horn graduated from New York University’s Gallatin School with a Bachelor's degree in Philosophy.  She began her career as a model, appearing in ads for Ralph Lauren, Polo Jeans, Izod and Ruehl, to name a few. Her professional acting debut was in Joel Schumacher's feature film Twelve (2010), starring Chace Crawford and Emma Roberts. The same year, she played a supporting role as the older sister of one of the main characters in the Warner Bros. romantic comedy Flipped, directed and co-written by Rob Reiner. In addition to acting in films, in 2011 Cody played two recurring roles on TV shows—as Emily on the FX series Rescue Me, and as Jordan on the NBC comedy series The Office. She played her first romantic lead in a feature film opposite Channing Tatum in the Warner Bros. picture Magic Mike, and stars as Officer Davis opposite Jake Gyllenhaal and Anna Kendrick in director David Ayer's End of Watch, about the long-term partnership between two police officers. In her spare time, Cody devotes time to a variety of charities and non-profit organizations. She serves on the Board of Directors for Global Green, the American affiliate of Green Cross International, and is on the Young Hollywood Board of the Environmental Media Association.