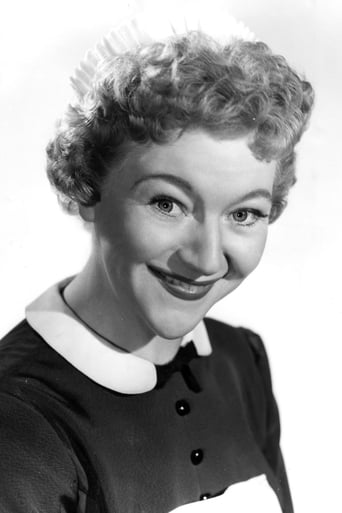 Dora May Bryan OBE was an English actress of stage, film and television. Born Dora May Broadbent, her career began in pantomime as a child actor. In World War II she joined the ENSA in Italy to entertain British troops.  After having established herself as a versatile stage actress, covering everything from drama and comedy to musicals, she started to appear in film in the late 1940s, and in 1968 she even had her own TV series, "According to Dora". At one point in her career she was Britain's highest-paid star. She was active on stage until the mid 1990s and continued to work in film and television until 2005, when she finally had to give up the acting profession as she could no longer remember her lines.  Her autobiography According To Dora was published in 1987. In 1996, she was awarded an OBE in recognition of her services to acting and the same year she was also awarded the Laurence Olivier Award for her role in the West End production of the Harold Pinter play "The Birthday Party". She was married to British cricket player Bill Lawton from 1954 to his death in 2008. She lived in a nursing home in Hove, outside Brighton, until her death in 2014.