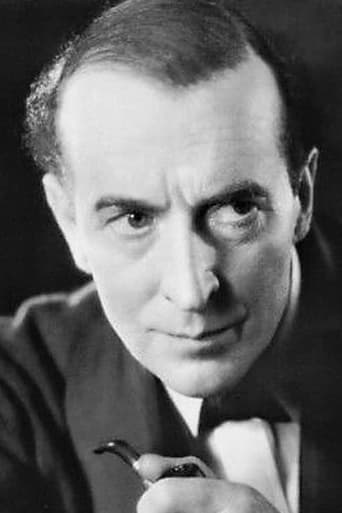 From Wikipedia, the free encyclopedia Arthur Wontner (21 January 1875 – 10 July 1960) was a British actor best known for playing Sir Arthur Conan Doyle's master detective Sherlock Holmes in five films from 1931 to 1937. These films are:     The Sleeping Cardinal (1931) (US title: Sherlock Holmes' Fatal Hour) based on Doyle's two stories, "The Adventure of the Empty House" and "The Final Problem"     The Missing Rembrandt (1932) (still considered lost) based on "The Adventure of Charles Augustus Milverton"     The Sign of Four: Sherlock Holmes' Greatest Case (1932)     The Triumph of Sherlock Holmes (1935) based on The Valley of Fear     Silver Blaze (1937) (US title:Murder at the Baskervilles, release 1941) based on "Silver Blaze" Reportedly, Wontner landed the role of Sherlock Holmes thanks to his performance of Holmes imitation Sexton Blake in a 1930 stage production. Of all Wontner's films as Sherlock Holmes, The Missing Rembrandt is no longer available. It is officially a lost film. It is possible to obtain all of the others. Silver Blaze was renamed Murder at the Baskervilles on its US release in order to make the most of the publicity which had been generated by Basil Rathbone's version of The Hound of the Baskervilles. In many respects Wontner's film can be seen as a sequel as it is set twenty years after the events of the more famous story. Wontner's son became the well-known hotelier and Lord Mayor of London Sir Hugh Wontner. Description above from the Wikipedia article Arthur Wontner,licensed under CC-BY-SA, full list of contributors on Wikipedia.