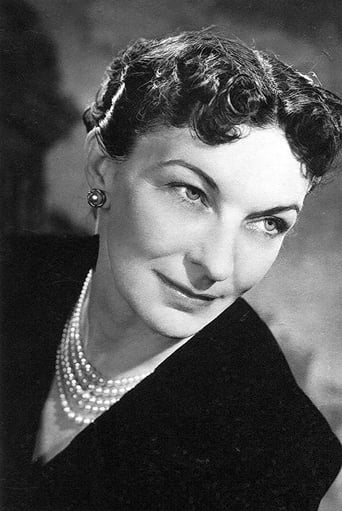 Sonia Dresdel (5 May 1909 - 18 January 1976) was an English actress, whose career ran between the 1940s and 1970s. She was born Lois Obee in Hornsea, East Riding of Yorkshire, England and was educated at Aberdeen High School for Girls. Her leading role in the 1947 film While I Live gained her a great deal of acclaim. In the film she plays Julia Trevelyan, a spinster living in a lonely cliff top house in Cornwall and haunted by the death of her sister 25 years earlier. Her most noted role was that of "Mrs. Baines" in the 1948 film version of Graham Greene's The Fallen Idol, which starred Ralph Richardson and Michèle Morgan. The film received Academy Awards nominations for Best Director (Sir Carol Reed) and Best Screenplay. She died of undisclosed causes, aged 66.