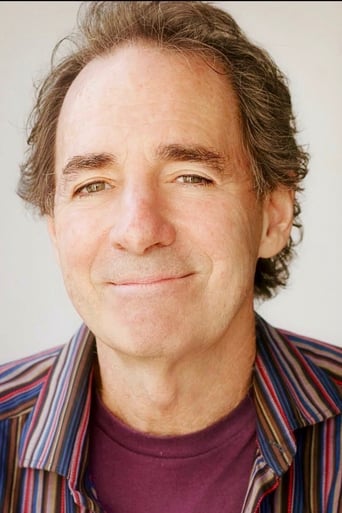 ​From Wikipedia, the free encyclopedia. Harry Julius Shearer  (born December 23, 1943) is an American actor, comedian, writer, voice artist, musician, author, radio host and director. He is known for his long-running role on The Simpsons, his work on Saturday Night Live, the comedy band Spinal Tap and his radio program Le Show. Born in Los Angeles, California, Shearer began his career as a child actor, appearing in The Jack Benny Program, as well as the 1953 films Abbott and Costello Go to Mars and The Robe. In 1957, Shearer played the precursor to the Eddie Haskell character in the pilot episode for the television series Leave It to Beaver, but his parents decided not to let him continue in the role so that he could have a normal childhood. From 1969 to 1976, Shearer was a member of The Credibility Gap, a radio comedy group. Following the break up of the group, Shearer co-wrote the film Real Life with Albert Brooks and started writing for Martin Mull's television series Fernwood 2 Night. In August 1979, Shearer was hired as a writer and cast member on Saturday Night Live. Shearer describes his experience on the show as a "living hell" and he did not get along well with the other writers and cast members. He left the show in 1980. Shearer co-created, co-wrote and co-starred in the 1984 film This Is Spinal Tap, a satirical rockumentary about a band called Spinal Tap. Shearer portrayed Derek Smalls, the bassist, and Michael McKean and Christopher Guest played the other two members. The film became a cult hit and the band has since released several albums and played several concerts. While promoting the film, Shearer was offered the chance to return to Saturday Night Live. He accepted, but left the show for good in January 1985 after just three months into the season. Since 1983, Shearer has been the host of the public radio comedy/music program Le Show on Santa Monica's NPR-affiliated radio station, KCRW. The program, a hodgepodge of satirical news commentary, music, and sketch comedy, is carried on many public radio stations throughout the United States. In 1989, Shearer became a part of the cast of The Simpsons. He was initially reluctant because he thought the recording sessions would be too much trouble. He felt voice acting was "not a lot of fun" because traditionally, voice actors record their parts separately. He provides voices for numerous characters, including Mr. Burns, Waylon Smithers, Ned Flanders, Reverend Timothy Lovejoy, Kent Brockman, Dr. Hibbert, Lenny Leonard, Principal Skinner, Otto Mann and Rainier Wolfcastle. Shearer has been vocal about what he perceives as the show's declining quality. In 2004, he said "I rate the last three seasons as among the worst." Shearer also directed the 2002 film Teddy Bears' Picnic and appeared in several films, including A Mighty Wind, For Your Consideration and Godzilla. Shearer has written three books, Man Bites Town, It's the Stupidity, Stupid, and Not Enough Indians. He has been married to singer-songwriter Judith Owen since 1993. He has received several Primetime Emmy Award and Grammy Award nominations and in 2008 it was announced that Shearer would receive a star on the Hollywood Walk of Fame in the radio category. Description above from the Wikipedia article Harry Shearer, licensed under CC-BY-SA, full list of contributors on Wikipedia