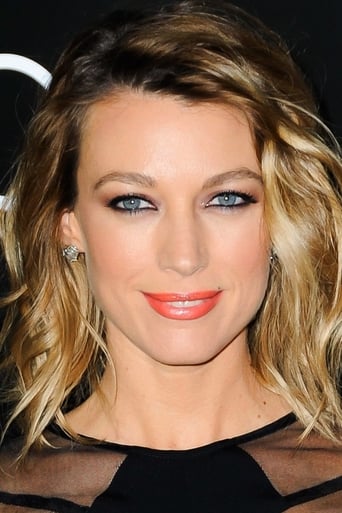 ​Natalie Zea (born March 17, 1975 height 5' 5" (1,65 m)) is an American actress known for her roles as Gwen Hotchkiss on the NBC daytime soap Passions, socialite Karen Darling on Dirty Sexy Money on ABC and Winona Hawkins on Justified on FX crime drama Justified (2010-2013), and as Claire Matthews in Fox series The Following (2013). Zea was born in Harris County, Texas, and attended Monahans High School, graduating in 1993.She then graduated from The American Musical and Dramatic Academy in New York City in 1995. Zea had a few small film roles before joining the cast of NBC daytime soap opera Passions in 2000 as Gwen Hotchkiss, replacing exiting actress Liza Huber. Zea left the show in 2002, and was replaced by Huber. Zea later guest-starred in several primetime shows, including CSI: Crime Scene Investigation in 2001. In 2004, she had a recurring role on the FX police drama The Shield playing a love interest of Michael Chiklis' Vic Mackey. In 2005, Zea won her first regular role in primetime, on the short-lived ABC drama series Eyes. Her next major role was on the ABC primetime soap opera Dirty Sexy Money, playing spoiled socialite Karen Darling. The soap aired from 2007 to 2009, and was canceled after two seasons. In 2009, she had a recurring role during the first season of the HBO comedy series Hung. Zea also guest-starred on Two and a Half Men, Without a Trace, Medium, Franklin & Bash, Person of Interest, and Californication. In film, Zea had small role of 2010 comedy The Other Guys. In 2010, Zea began starring as series regular during the first three seasons of the FX drama Justified, changing to a recurring role from Season 4. In 2013 she starred in the major role of Dr. Claire Matthews, the estranged wife of a serial killer, in the Fox thriller drama The Following. The same year, she had a recurring role as Maxine Seagrave, a drug and gambling kingpin, on the CBS summer series Under the Dome. Later that year, Zea was cast in her first lead role of the Amazon comedy pilot The Outlaws. Description above from the Wikipedia article Natalie Zea, licensed under CC-BY-SA, full list of contributors on Wikipedia.