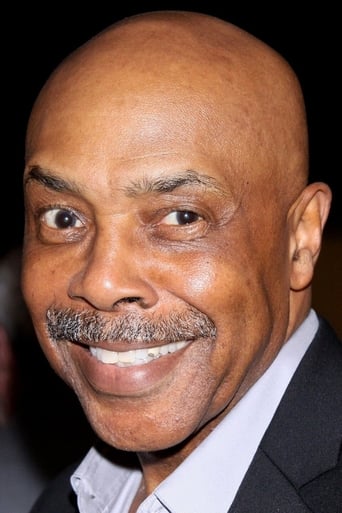 While a student at New York's High School of Art and Design, Orman made his theatrical debut in the 1962 topical revue "If We Grow Up." He was an early member of the Free Southern Theater for two years in the mid-1960s and a founding member of Harlem, New York's New Lafayette Theatre, where he acted in and directed numerous plays. His many other stage appearances have included roles in "Julius Caesar" and "Coriolanus" at Joseph Papp's Public Theater, the Broadway production of August Wilson's Pulitzer Prize-winning play "Fences", and Matt Robison's one-man play "The Confessions of Stepin Fetchit" at the American Place Theatre. Orman is the recipient of an Audelco Theatre Award and a five-time nominee. He made his feature film debut in the title role of Universal Studios' 1974 drama, Willie Dynamite and has also appeared in such films as F/X, Striking Distance, New Jersey Drive, Follow That Bird, Twilight's Last Gleaming,The Adventures of Elmo in Grouchland, and "Jeremy Fink And The Meaning of Life". His television credits include work on such shows as All My Children, Kojak, Sanford and Son, Cosby, Sex and the City, The Wire, andLaw & Order. He most recently appeared on episode 5 of the Garry Trudeau/Amazon streaming production Alpha House. In June 2006, Orman's memoir Sesame Street Dad: Evolution of An Actor was released. In September 2007, his children's book Ricky and Mobo was released. On October 8, 2008, he became the Chief Storyteller of AudibleKids.com (a service of Audible.com), a website for parents, teachers, and children to connect with one another and download and listen to audiobooks oniPods, MP3 players, and computers. In his role as Chief Storyteller, Orman narrates audiobooks and communicates with children, parents and teachers online and at community, literacy and library events, lectures and conferences, and via other media to encourage the use of audiobooks to help build an interest in reading and develop literacy skills. He commented on being Chief Storyteller on October 8, 2008: “When Sesame Streetbegan, television was a new and even controversial medium. But we showed how that technology, if used correctly, could become a powerful learning tool...I see the same kind of opportunity emerging today as parents and educators increasingly view iPods with skepticism. With AudibleKids.com, I believe we can help turn these players into magnificent storytellers, tools for learning, and a way to promote a lifelong love of stories and language.” His new role was announced at a community event at The Educational Alliance Boys & Girls Club in New York City, where Mayor Michael Bloomberg’s office commended Orman’s life work and willingness to embrace new technology to help encourage children to read books, by naming October 8, 2008 AudibleKids Day in New York City. Orman is a resident of New Jersey. He has four children, Rasheda, Solana, Miles, and Cheyenne. His son, Miles Orman, was on Sesame Street playing Gordon and Susan's adopted son Miles Robinson from the mid-1980s into the early 1990s.