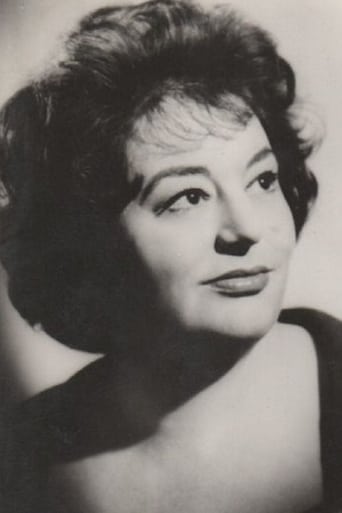 Josephine Edwina Jaques (7 February 1922 – 6 October 1980) was an English comedy actress, known as Hattie Jacques. Starting her career in the 1940s, Jacques first gained attention through her radio appearances with Tommy Handley on ITMA and later with Tony Hancock on Hancock's Half Hour. From 1958 to 1974 she appeared in fourteen Carry On films, playing roles such as a hospital matron. She had a long professional partnership with Eric Sykes, with whom she co-starred in his long running television series Sykes. She also starred in two Norman Wisdom films, The Square Peg and Follow a Star. Jacques was married to John Le Mesurier from 1949 until their divorce in 1965. Her final appearance on television was in an advertisement for Asda in 1980. She died later that year from a heart attack. Description above from the Wikipedia article Hattie Jacques,licensed under CC-BY-SA, full list of contributors on Wikipedia.