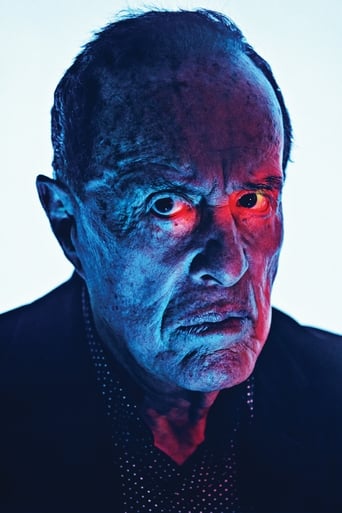 Kenneth Anger (born Kenneth Wilbur Anglemeyer; February 3, 1927) is an American underground experimental filmmaker, actor and author. Working exclusively in short films, he has produced almost forty works since 1937, nine of which in particular have been grouped together as the "Magick Lantern Cycle," and form the basis of Anger's reputation as one of the most influential independent filmmakers in cinema history. His films variously merge surrealism with homoeroticism and the occult, and have been described as containing "elements of erotica, documentary, psychodrama, and spectacle." Anger himself has been described as "one of America's first openly gay filmmakers, and certainly the first whose work addressed homosexuality in an undisguised, self-implicating manner," and his "role in rendering gay culture visible within American cinema, commercial or otherwise, is impossible to overestimate." Some of his particularly homoerotic works, such as Fireworks (1947) and Scorpio Rising (1964), were produced prior to the legalisation of homosexuality in the United States. He has also focused upon occult themes in many of his films, being fascinated by the notorious English occultist Aleister Crowley, and is a follower of Crowley's religion, Thelema. This influence is evident from films like Inauguration of the Pleasure Dome (1954), Invocation of My Demon Brother (1969) and Lucifer Rising (1972). Anger has described filmmakers such as Auguste and Louis Lumière and Georges Méliès as influences, and has been cited as an important influence on later film directors like Martin Scorsese, David Lynch and John Waters.He has also been described as having "a profound impact on the work of many other filmmakers and artists, as well as on music video as an emergent art form using dream sequence, dance, fantasy, and narrative." During the 1960s and 70s he associated and worked with a number of different figures in popular culture and the occult, including Church of Satan founder Anton LaVey, sexologist Alfred Kinsey, artist Jean Cocteau, playwright Tennessee Williams and musicians Mick Jagger, Keith Richards, Jimmy Page and Marianne Faithfull. He is also the author of the controversial best seller Hollywood Babylon (1959) and its sequel Hollywood Babylon II (1986), in which he claims to expose many of the rumours and secrets of Hollywood celebrities. Description above from the Wikipedia article Kenneth Anger, licensed under CC-BY-SA, full list of contributors on Wikipedia.​