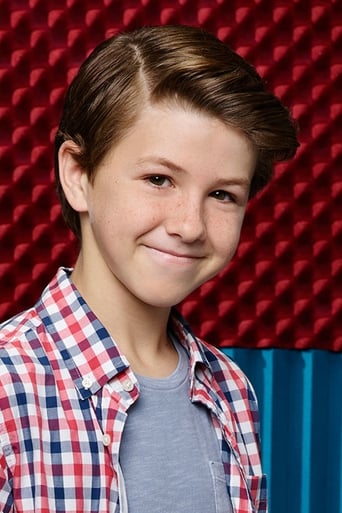 Ethan Wacker plays series regular Bernie on the popular Disney show Bizaardvark (2016). He has also appeared as a guest star on KC Undercover (2015) and Hawaii 5-0. Born in Connecticut, Ethan lived in Seoul, South Korea for four years before moving with his family to Hawaii where has lived since 2007. A diehard sports enthusiast, Ethan has worked with ESPN/Disney 365 to create NBA shorts with the Golden State Warriors (including Stephan Curry) (2017), the Boston Celtics (2017), and most recently with the Laker's Josh Hart (2018). He also created content at the ProBowl, interviewing and acting with the NFL players (2018). Ethan enjoys skiing, hiking, swimming, riding ATVs, going to see every movie twice, and, hanging with family and shooting hoops with friends. He loves his two dogs Buster and Chewie.