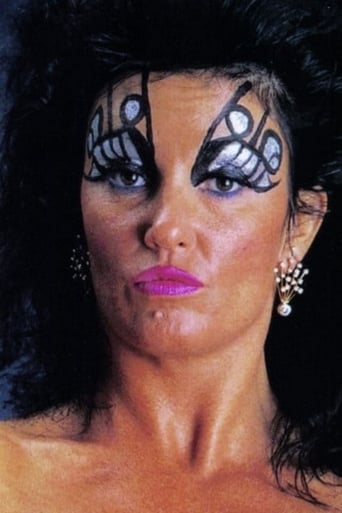 Sherri Martel was an American professional wrestler and manager, better known by her ring names, Sherri Martel and Sensational Sherri. Martel began her professional wrestling career in the Mid South after training in Columbia, South Carolina. She joined the American Wrestling Association (AWA) in the mid-1980s and held its AWA World Women's Championship three times. In the late 1980s, she joined the World Wrestling Federation (WWF), where she held the WWF Women's Championship. Also in the WWF, Martel continued to act as a manager to wrestlers such as Randy Savage, Ted DiBiase, and Shawn Michaels. She appeared in Extreme Championship Wrestling (ECW) and World Championship Wrestling (WCW) in the 1990s. In the latter, Martel acted as the manager for the tag team Harlem Heat. After leaving WCW, she made few wrestling related appearances until her death in 2007. She also appeared in Total Nonstop Action Wrestling in September 2006 as a manager for Bobby Roode which ended up being her last televised wrestling appearance. By 2003, she and her husband Robert Schrull lived in Tennessee, where she helped him renovate homes. She was married and divorced at least twice during her life, and Booker T gave her away at one of her weddings. She had one son. Death On June 15, 2007, Martel died at her mother's residence in McCalla, Alabama, near Birmingham. She was 49 years old. On September 11, 2007, homicide investigators in Tuscaloosa, Alabama released the toxicology report stating that she died of an overdose with multiple drugs in her system, including high amounts of oxycodone. She was cremated after her death