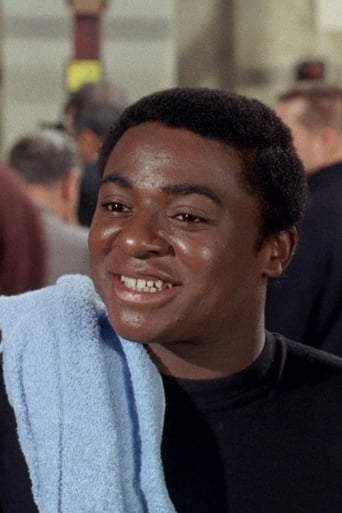 ​From Wikipedia, the free encyclopedia.   D'Urville Martin (February 11, 1939 – May 28, 1984) was an American actor and director in both film and television. He appeared with regularity in numerous 1970s movies in the blaxploitation genre of films. Born in New York City, D'urville began his career in the mid 1960s, soon becoming a prominent recurring figure in the genre. Martin acted in several movies of the time, including Black Like Me and Guess Who's Coming to Dinner. Among his partners was the famous blaxploitation actor Fred “The Hammer” Williamson, playing his partner Toby in the Black Charley. Martin also directed films in his career, including Dolemite, starring Rudy Ray Moore. His career ended in 1984 with a heart attack at age 45 likely caused by his hard-partying lifestyle. Description above from the Wikipedia article D'Urville Martin, licensed under CC-BY-SA, full list of contributors on Wikipedia.