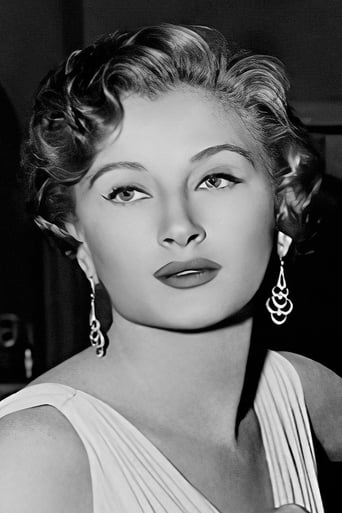 Armelia Carol Ohmart, known professionally as Carol Ohmart, was an American actress and former model who appeared in numerous films and television series from the early 1950s until the 1970s. Over the duration of her career, she would appear in several notable horror and film noirs, including lead roles in The Wild Party (1956) and William Castle's House on Haunted Hill (1959). Born to a Mormon family in Salt Lake City, Ohmart spent the majority of her early life in Seattle and Spokane, Washington. After graduating high school, she returned to Utah where she won the title of Miss Utah, and subsequently placed fourth in the Miss America pageant. Her appearance in pageants led to modeling work, which included posing for artist Milton Caniff. Ohmart made her feature film debut in Michael Curtiz's The Scarlet Hour in 1956, followed by various television appearances, as well as roles in several horror films, such as House on Haunted Hill (1959) and Spider Baby (1968). Her final film appearance was in The Spectre of Edgar Allan Poe (1974), after which she formally retired from acting, dedicating her time to studying New Age philosophy and spiritualism. Ohmart spent the majority of her later life in Seattle, before dying of natural causes in Fort Collins, Colorado in 2002, aged 74. -Wiki