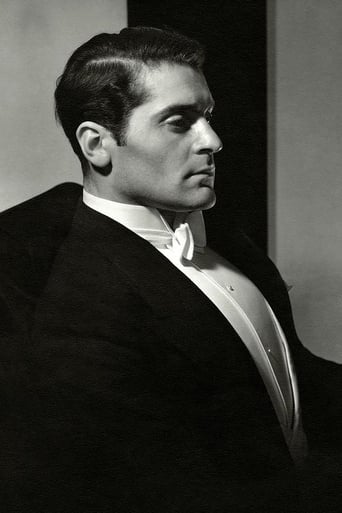 From Wikipedia, the free encyclopedia. Francis Lederer (November 6, 1899 – May 25, 2000) was a Czech-born film and stage actor with a successful career, first in Europe, then in the United States. His original name was František Lederer. Lederer's first American movies were Man of Two Worlds (1934), Romance in Manhattan (1934), with Ginger Rogers, The Gay Deception (1935), with Frances Dee, and One Rainy Afternoon (1936). He was cast as the lead with Katharine Hepburn in the 1935 film Break of Hearts, but the producers replaced him with Charles Boyer. It was Irving Thalberg's plan to make Lederer "the biggest star in Hollywood" but the death of Thalberg ended this possibility. Although he continued to play leads occasionally – notably when he was a playboy in Mitchell Leisen's Midnight with Claudette Colbert and John Barrymore in 1939 – in the late 1930s Lederer began to expand his character parts, even playing villains. Edward G. Robinson praised Lederer's performance as a German American Bundist in Confessions of a Nazi Spy in 1939, and he earned plaudits for his portrayal of a fascist in The Man I Married (1940) with Joan Bennett. He also played Count Dracula for The Return of Dracula in 1958. Throughout his career, Lederer, who studied with Elia Kazan at the Actors Studio in New York City, continued to take stage acting seriously, and he performed often both in New York and elsewhere. He appeared in stage productions of Golden Boy (1937), Seventh Heaven (1939), No Time for Comedy (1939), in which he replaced Laurence Olivier, The Play's the Thing (1942), A Doll's House (1944), Arms and the Man (1950), The Sleeping Prince (1956) and The Diary of Anne Frank (1958). Although he took a break from making films in 1941, in order to concentrate on his stage work, he returned to the silver screen in 1944, appearing in Voice in the Wind and The Bridge of San Luis Rey, and in films such as Jean Renoir's The Diary of a Chambermaid (1946) and Million Dollar Weekend (1948). He took another break from Hollywood in 1950, after making Surrender (1950), and returned in 1956 with Lisbon and the light comedy The Ambassador's Daughter. His final film appearance was in Terror Is a Man in 1959. During the 1950s, he served as honorary mayor of Canoga Park. He would continue to make television appearances for the next 10 years in such shows as Sally, The Untouchables, Ben Casey, Blue Light, Mission: Impossible and That Girl. His final television appearance occurred in a 1971 episode of Rod Serling's Night Gallery called "The Devil Is Not Mocked". In it, he reprised his role as Dracula from The Return of Dracula.